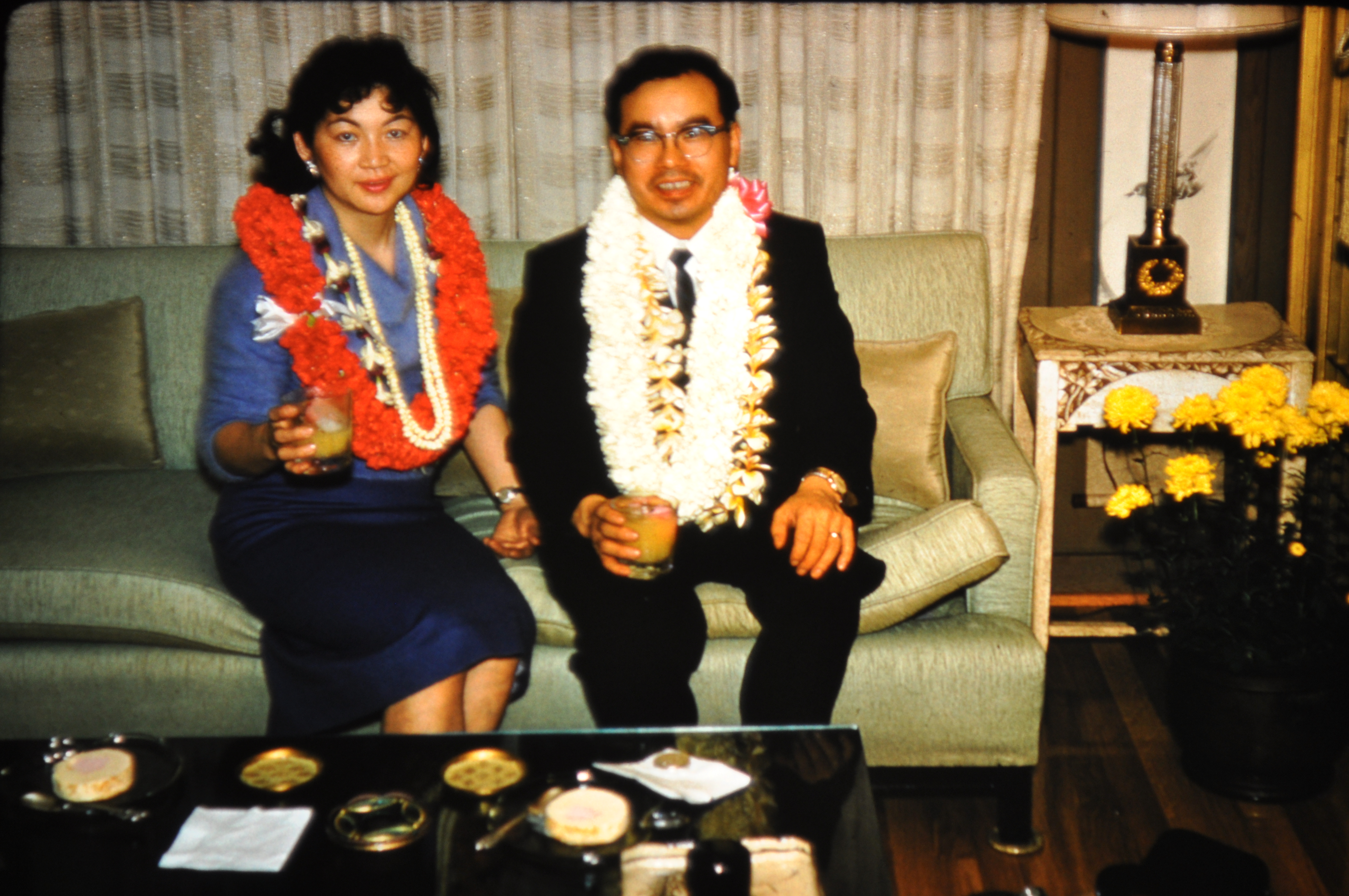 George Nakamura is one of our residents at Shepherd Village and for the past year has played the role of the president of the Resident Council at the Terrace. This role is merely one of the many leadership positions that he has held in his lifetime. He was president of a boys club, formed in 1941, around the time of the Pearl Harbour incident. He was the owner of a plastic company alongside the help of his wife, Terry, and he is the father of four children.

George was born in the year of the Rabbit, an animal which promises good fortune to those born thereof. However, growing up life was not easy, but he still made the best of each moment. His life consists of hard work and uncomfortable living situations, which was counterbalanced by always being around familiar faces and his perseverance through life’s challenges. Born on May 7th, 1927, his mother celebrates his birthday on June 7th, as indicated on his birth certificate. Hence, he is officially a month younger, and like anyone wanting to hold onto their youth, is a fact he has no issue with. George grew up on an island called Salt Spring, in the Gulf of Georgia, alongside his four other siblings. Life on Salt Spring was peaceful .The main events were the July 1st festival, the annual Christmas concert, and New Year’s. Some recollection of July 1st; was a day when inhabitants would gather and participate in various events, which were organized by the leaders of the community. These were store owners, church leaders, organizations, and business people, anyone that was somebody in the community. There were races of all sorts for children and several contests for the adults. Kids would spend their summers practicing and preparing for the events as the prizes weren’t exactly Jordan’s and Nikes but they were decent shoes and other wearable items that made all the efforts worth it. Although it seemed that all the races were won by poor kids whose desire and determination often outmatched their talents George still found solace in trying and trying again every year.

It was about two years after the Nakamura’s moved to Victoria, Canada to stay with his brother and his growing family when the Pearl Harbour incident occurred. Nakamura tells that his brother Bill was a great help for his family over the years and he was very appreciative for all that he had done. Unfortunately, he was unable to tell his brother these words of gratitude before he passed away. . They lived in a two-bedroom home fitting six people but they managed to make it work. Japan had unleashed its might at Pearl Harbour in a surprise attack and crippled the U.S Navy. Soon after, the War Measures Act was invoked, and all people of Japanese origin were to be interned. George’s family were transferred to a Vancouver internment camp called Hastings Park. The camp’s living conditions were unfavourable, as it once housed animals and the smell of horse manure lingered.

A few months later they were moved to a place called Popoff. Popoff is located about a mile from Slocan City and it had hundreds of cabins built by Japanese men who were sent earlier to build them. These cabins had a kitchenette with a sink but no running water, as the water was drained underneath the cabin. They had to hail water via buckets for all their activities of daily living, such as bathing, cooking and for consumption. George was thirteen at the time, but he considered the circumstances an adventure since he had a lot of friends who shared the same fate.

Since then George has held a few different jobs, one being a farmer tending to sugar beets and other goods the others in a similar manner of work. The job was backbreaking, so George joined his brother Bill in Canada. . Upon moving to Toronto to live with his brother Bill and his family, George found a job at a silverware manufacturing company through a youth work centre. There he moved on up into the business from being a trimmer, to engraving, then leaving the company altogether to start his own endeavour with his brother-in-law. Together they built a profitable establishment that still lives today under new management and ownership. 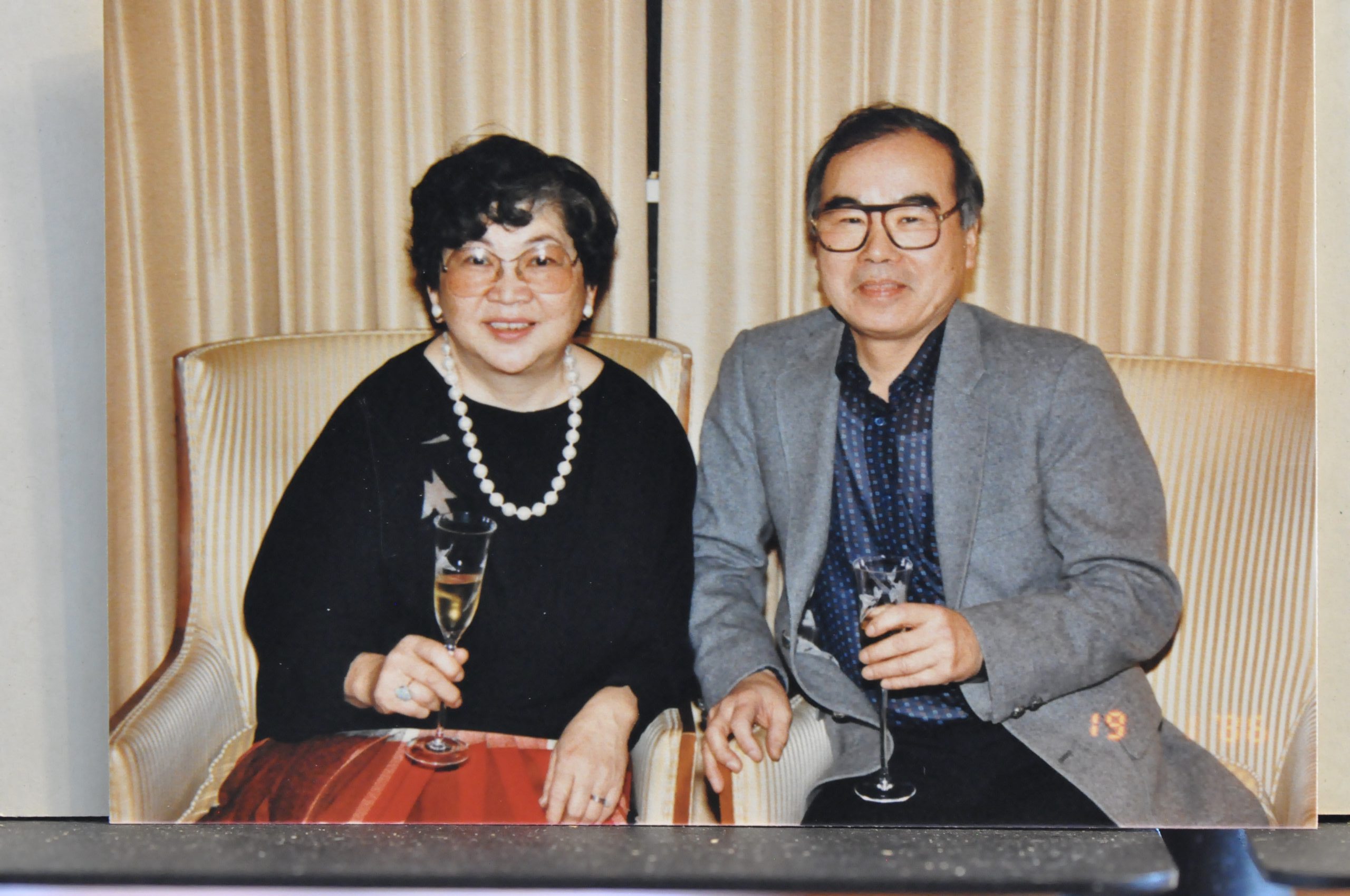 George Nakamura and his wife Terry spent many years traveling to places like Egypt and France where they enjoyed visiting well renowned sites and eating cuisines from all over the world. When asked if there was anything he could go back and change from his past he replies, “Not really”. He wishes that he had taken advantage of the schooling system and went on to higher education but is satisfied with the life he lived. As for any advice given to us, in his words, “Treat everyone the same, treat others the way you would want them to treat you”.

The COVID-19 pandemic which we are living through, has made little to no impact on Nakamura’s life. He continues to do his readings and make decisions on the Terrace’s behalf for a better, safer environment. Thank you, Mr. Nakamura, for sharing your story with us. Hopefully we can all tear a page from your book of hard work and determination to help in our lives today, and especially in such a trying time.