Carlota Rubio – Story In a Nutshell 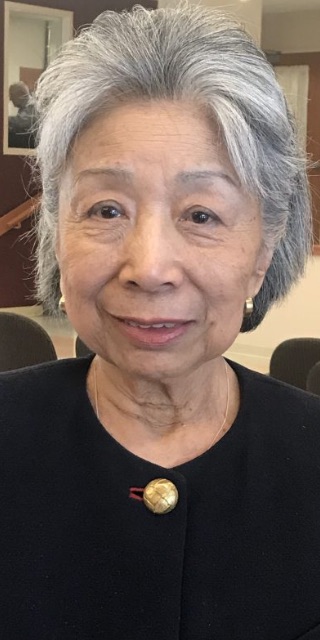 Carlota Rubio is a Shepherd Lodge resident who has the ability to make those in her company feel wanted, important and empowered. Her story is one of resilience and a desire to create.

Carlota was born on December 16th, 1934 in Tianjin, China, and her family remained there when the Japanese occupied China in 1941.  Life was great following its liberation by the Americans in 1945, but by 1948 communism was taking hold. On her fourteenth birthday, Carlota returned with her family to Manila, Philippines.

In her youth, she attended Catholic schools in both Tianjin and Manila – St. Joseph in Tianjin and Our Lady of Loreto in Manila which has influenced her Catholic faith to this day. She dreamed of being a diplomat, influenced by the parents of her friends and classmates who worked in diplomatic missions but ended up in the field of marketing and promotions. Over the years, Carlota learned to speak Mandarin, English, French, Spanish and Tagalog.

In the Philippines, Carlota started a number of initiatives including a French-speaking radio show called, “Paris after Dark”, a classical music program, and a multi-lingual radio program, to name a few. To acquire material to be aired on her shows, Carlota would go to different consulates and embassies. She was quite the language enthusiast.

“I was born in Tianjin, China (T.C.), and I will die in Toronto, Canada (T.C.).” Carlota was given a book, “The Promise of Canada” written by Charlotte Gray, which her grandson inscribed with the words, “Thank you so much to you and grandpa for deciding to come here to Canada, my native land strong and free.”

By 1968, Carlota had a speech writing and radio programmer career in the Philippines, in addition to being married with a son and two beautiful daughters. The move to Canada was one of her greatest life-changing achievements. The geographical distance of the move, waiting to get visas and citizenship, coming with little material possessions, three small children, no home and no jobs. It was a true adventure as Carlota and her husband followed their passion to create a new life of opportunity for their immediate family and generations to come. In Carlota’s words, “I was born in Tianjin, China (T.C.), and I will die in Toronto, Canada (T.C.).” Carlota was given a book, “The Promise of Canada” written by Charlotte Gray, which her grandson inscribed with the words, “Thank you so much to you and grandpa for deciding to come here to Canada, my native land strong and free,” Today Carlota is a great grandmother who continues to encourage and inspire people of all ages at Shepherd Village. 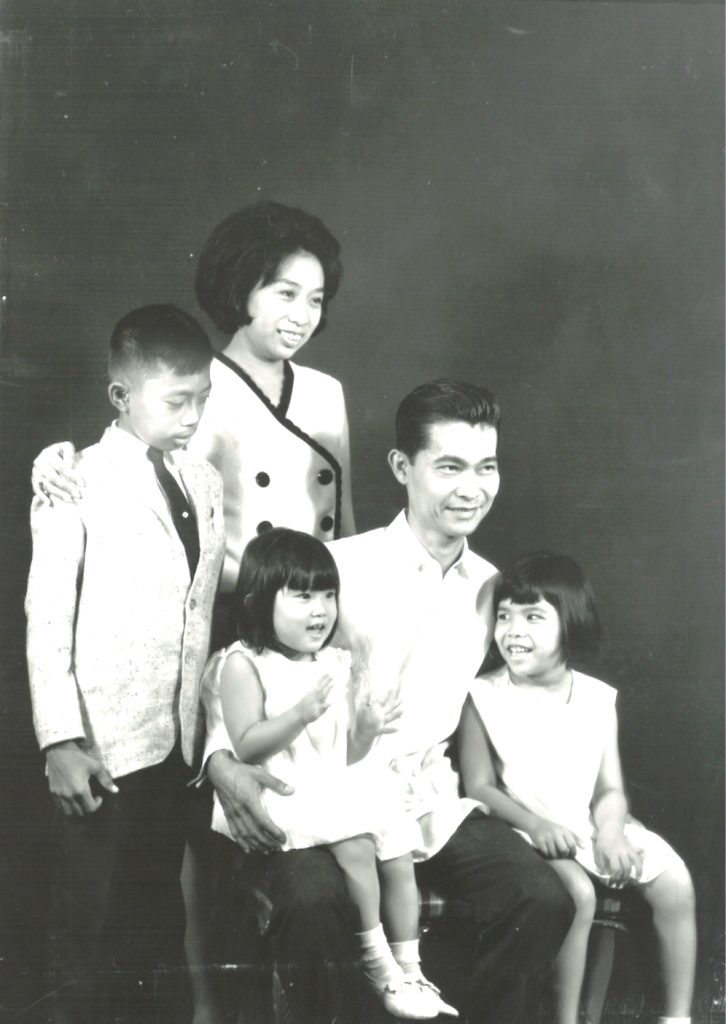 In 2009, it was time to make the difficult decision to move into long-term care. Carlota recalls, “My husband was now living with dementia and required nursing care. I made the difficult decision to join him, and we both moved into Shepherd Lodge, the long-term care home of Shepherd Village. Even though we saw each other daily, because of my husband’s higher care needs, he was admitted to the fourth floor and I was admitted to the sixth. Unfortunately, my husband’s disease accelerated rapidly and he died after ten months which was so much shorter than the doctor had given as a prognosis. It was a very difficult time for me because I had moved into long- term care primarily to be with him.” Soon after her husband’s death, Carlota lost her son in 2012 to cancer.

While working through her tremendous grief, Carlota thought of leaving Shepherd Village to start over. However, there was the overwhelming thought of having to purchase a household of things that she had given away and secondly, having to walk away from the many relationships she had already started to form here at Shepherd Lodge. Thankfully, Carlota stayed and in doing so has brightened countless lives over the years.

After her husband passed, for the next six and a half years Carlota was grateful for the opportunity to volunteer with Chapel Ridge, the funeral home that looked after her husband’s funeral and final arrangements with utmost dignity at a reasonable cost.

On January 25th, 2018, Carlota had a near-death experience. Intracranial bleeding with a cracked skull from a fall-related to her vertigo. Carlota remembers, “I was as close to death as it gets in the ICU. I thought I was in the hospital for three days when it was actually over two weeks. I had speaking, writing and mobility issues and required nursing care. It took time but I regained my mobility, however, my hearing is not what it used to be and my memory is not as sharp.”

Carlota is a resourceful woman who creatively seizes opportunities wherever possible.

Carlota has served on the external boards of the Scarborough Arts Council and the United Way, and as a member of the External Advisory Council of the Wellesley Hospital. As President of the Silayan Community Centre, Carlota also taught English – Communication and Life Skills – to newcomers. Carlota is a socially conscious leader and role model and chose to be a volunteer at the Sick Kids Hospital for her first work experience in Canada. It was also an opportunity to give back to her Canadian community and to gain Canadian experience.

When Wendy Beckles became our new President & CEO at Shepherd Village, Carlota was invited to join her Engagement team from which the idea of the Shepherd Village newsletter ‘In Sync In The Village’ was birthed. As editor of the newsletter, Carlota draws from her professional experience gleaned from writing speeches for artists and presidents of the companies she worked for, managing advertising and promotions programs and from her successful radio show.

There are many residents who have benefitted from Carlota’s encouragement and care. She has enjoyed initiating one-to-one spiritual care visits with Catholic residents at Shepherd Village. Carlota is truly a gift to us.

Whether it’s the fond memories of weekends and Sunday family dinners at grandmother’s house or the smiling faces as they wave goodbye after a visit to Shepherd Village, Carlota’s devotion to family remains stronger than ever.

Her remarkable legacy continues to be rich with resilience and love.