Judith Combdon – Story In A Nutshell 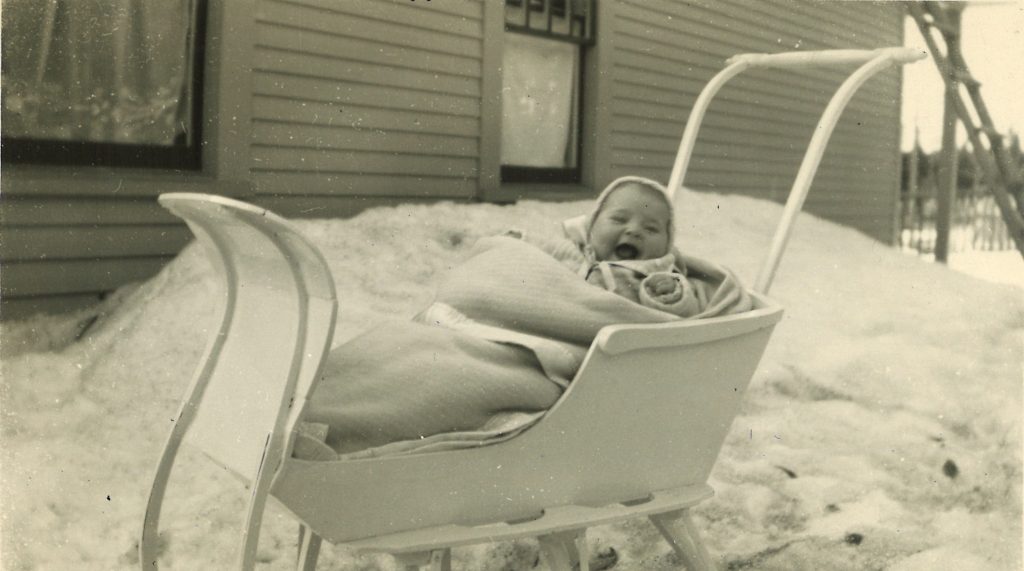 Judith Combdon was born on October 31st, 1940, in St. John’s, Newfoundland. At age five, Judith and her family immigrated to Ontario. This was before Newfoundland entered into a confederation with Canada.

Judith was the oldest of five children. One of Judith’s fondest memories was back in St. John’s, as her grandfather would pick her up in his horse and wagon while he delivered eggs into the city and go up to his farm for the weekend. The farm was in Long Pond, and she loved playing in the hay with her cousins living on the farm next door. 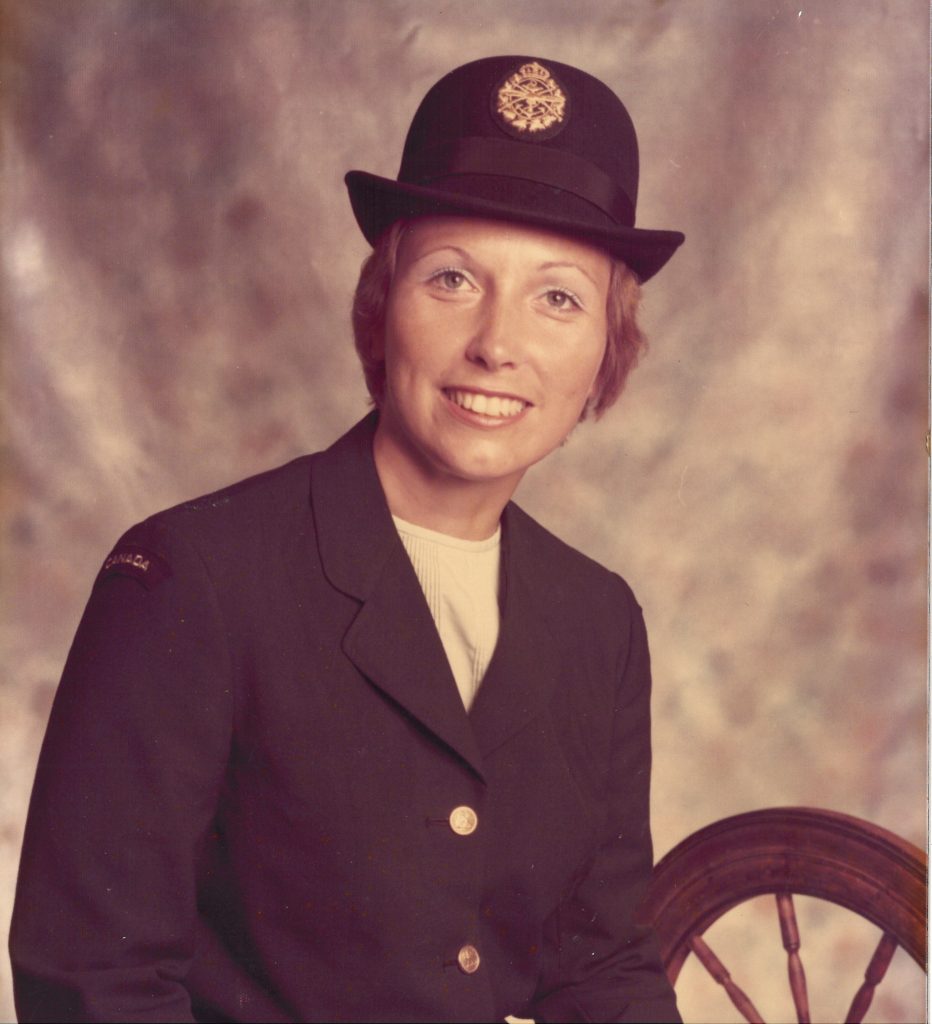 As you may not know, Judith is a very adventurous person. She has been on helicopters and lowered out of planes for military training, specifically for search and rescue. She also has a loving passion for sailing. Her first adventure was in the North Atlantic, as she sailed down to New York City from St. Andrews in New Brunswick. After arriving, Judith flew home to write her nursing registration, then bused back to Oswego, NY (the southeast side of Lake Ontario) and again sailed away, this time into Ontario Place.

A big part of Judith’s life consists of her nursing experiences in the military. Judith’s perseverance and quick-wittedness shined through when she joined the Armed Forces at the age of 33. She was first turned down due to her age, but a month later, they allowed her entry due to the permission granted and she immediately took the opportunity without a doubt. Judith was ready to take action on her thoughts and desires, taking chances when appropriate, and leading her to a life filled with accomplishing experiences. 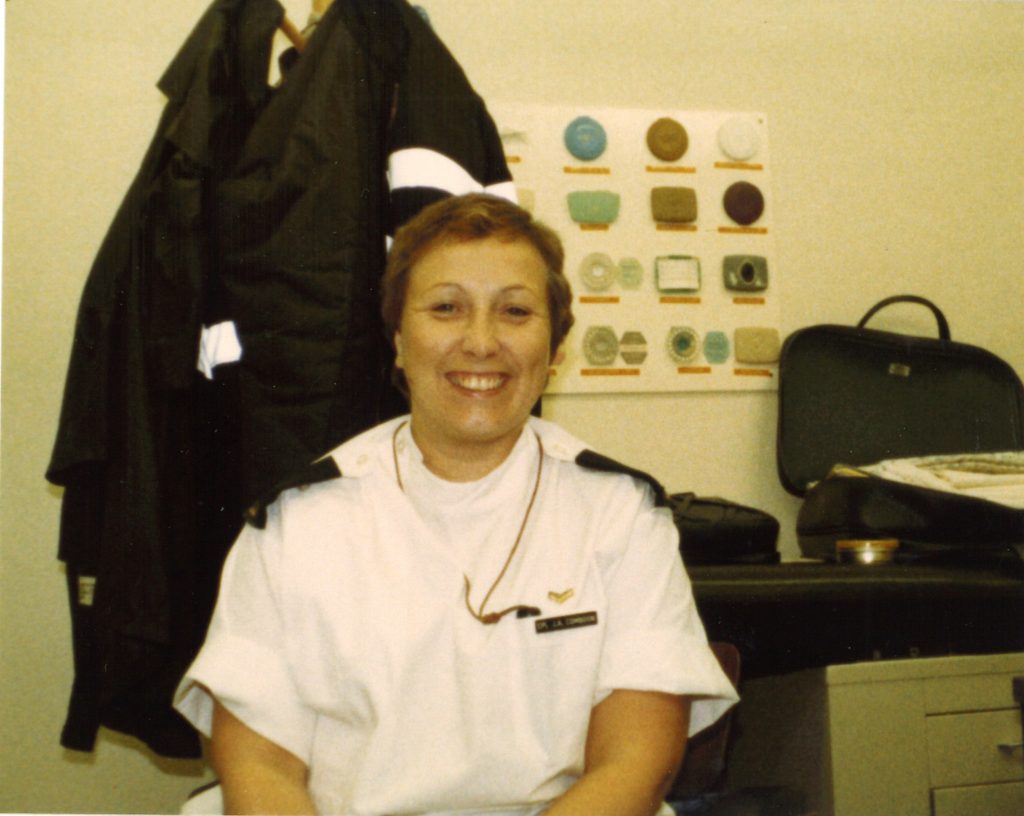 Judith has been a nurse in Long Term Care and several general hospitals. Reflecting on her nursing career, it was always challenging as she never knew who would be admitted next. On the other hand, “in the military, you’re trained to make diagnoses, as you could be on duty overnight, the only person in the building, and you’d have to assess whoever showed up. Having said that, there was a doctor available on the other end of the phone.”

Luckily, Judith’s bravery and courage pulled her through challenging experiences regarding ambulance runs for numerous deaths, suicides and car accidents. Judith’s ability to act immediately with a clear mind aided many people in these emergencies. During her first year in the military, she helped a patient whose hysterectomy incision split open. “I had never been trained for this situation. I told her to continue holding her abdomen together and, with her husband’s help, we got her on the stretcher. The doctor was waiting at the ambulance bay for us and quickly stitched her back up. We didn’t look after dependents, except in extreme circumstances, on most Bases. Her hospital was at least a thirty-minute ride away, so the Base Hospital was the best choice. She went on to a complete recovery.” 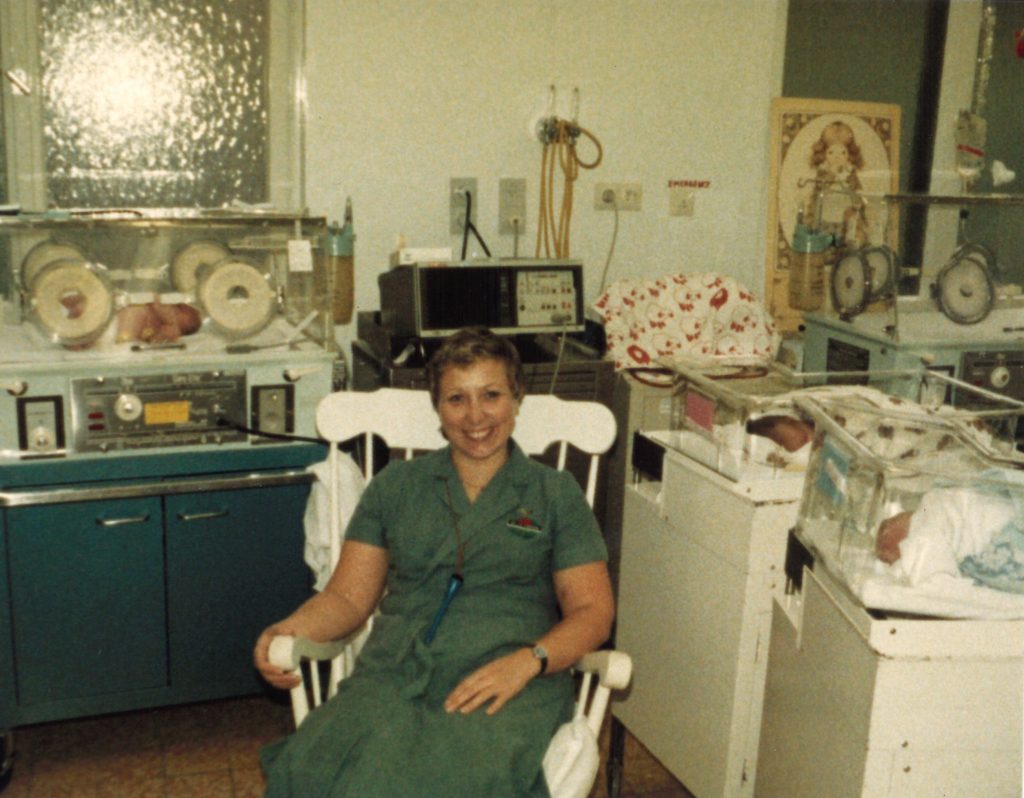 When Judith was in the military, she was delighted to learn that she would be placed in Germany for four years. During that time, she worked in Obstetrics for about three years and cherished every moment. “I loved obstetrics. I loved the newborn babies. We’d weigh them, bathe them and cuddle them as they woke up after

midnight. We had a rocking chair in the nursery for this use. It was well used.”

One day Judith was face to face with a newborn baby in grave condition and would most likely not live to see the light of day. She had to rush the baby to a children’s hospital down to Friedberg via ambulance. In doing so, she baptized the baby. “You don’t know what the parent’s religious beliefs are, as I never wanted to upset anybody. I didn’t tell anyone. If the baby died, I would have checked out the parent’s beliefs and told them if it would help them. Because of my upbringing and beliefs, I believe I did the proper thing under the circumstances. I know that some religions believe that unbaptized babies go to Hades and I couldn’t accept that. (I have talked to a close friend, a retired nurse, who told me she had also been baptized during her career.).”

Judith prides herself in raising her two daughters as a single mother from when they were 4 and 5 years old. They both became successful in their chosen fields and her oldest has two beautiful daughters of her own who have finished University and are teachers.

When Judith was asked what advice she’d wish to give her 20-year-old self that would’ve aided her through some experiences, she responded with giving God time. “You know, we are an instant gratification society. When we want something, we want it right away.” It’s always important to be patient throughout life, it can be tough sometimes, but you should always stay hopeful and faithful for the best outcome. The most important thing is “…to live your life, in other words, enjoy it. Don’t waste time regretting or wishing your life away. Live it each day as it comes; some days are longer than others and some nights are much longer than others.” In the end, “…enjoy your life, live it, and as much as you can, share it with other people.”