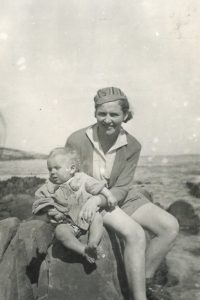 Jacobus Le Roux was born in South Africa, the youngest of 5 children. At 2 yrs old, his family moved to Zimbabwe, where he grew up and did his schooling as a child. Jacobus commonly goes by the nickname “Koos,” as Jacobus is a very common name in South Africa, so the natural abbreviation of his name helped set him apart from others.

Koos was from a kind and caring family. His mother would always accept and “feed” any of Koos’ friends. As he describes it, his mother was everyone’s mother. One of Koos’ fondest childhood memories is the days his family would take a month off in December every year and drive down to South Africa. It would take them four days to drive there due to the terrible roads, but it was worth it. They’d visit numerous relatives along the way and spend several days camping on the beach and seaside, often fishing. 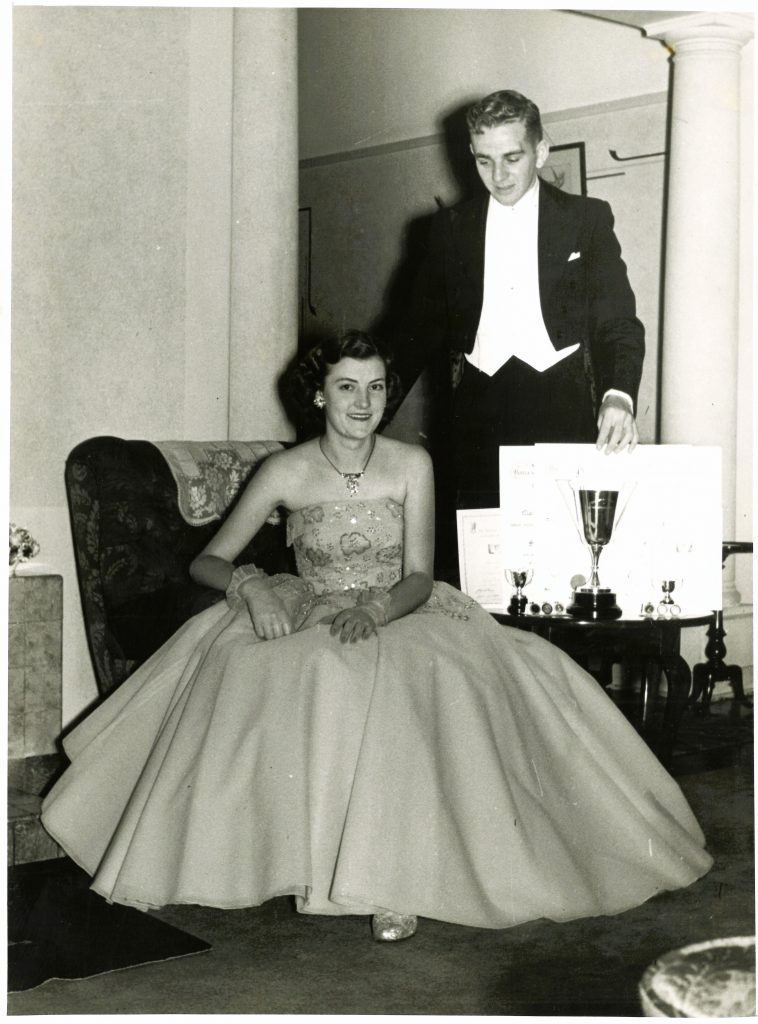 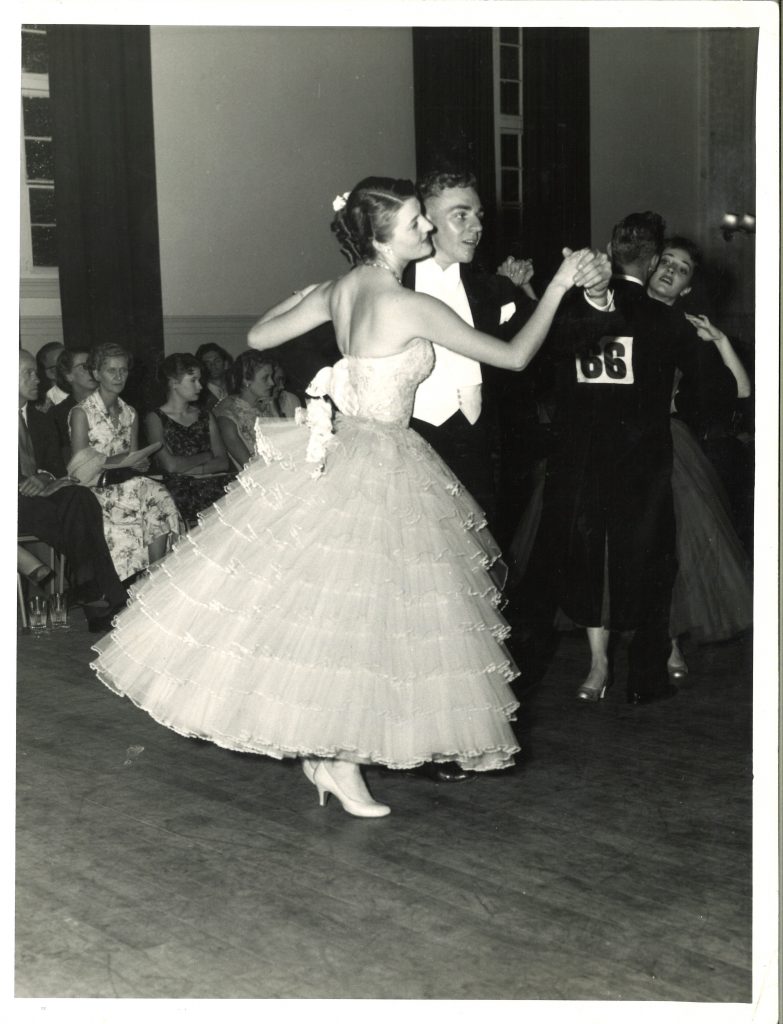 In 1953 Koos started work in an electrical drafting office in Salisbury, Rhodesia (now Harare, Zimbabwe). This was where he met Marion.  She was 17 and he was now 18. Being a shy young man, it took him about three months before he even spoke to her and she was the same. From 1954 to 1957, Koos and his wife Marion were into ballroom dancing as their hobby. “In those days, it was big time. We competed against dancers from several countries.
This was the original graceful style, not the stuff called dancing today.” They eventually won the amateur title of their country in 1957. Shortly afterwards, they were saved and never danced another step because they were uncomfortable with its embraced lifestyle. 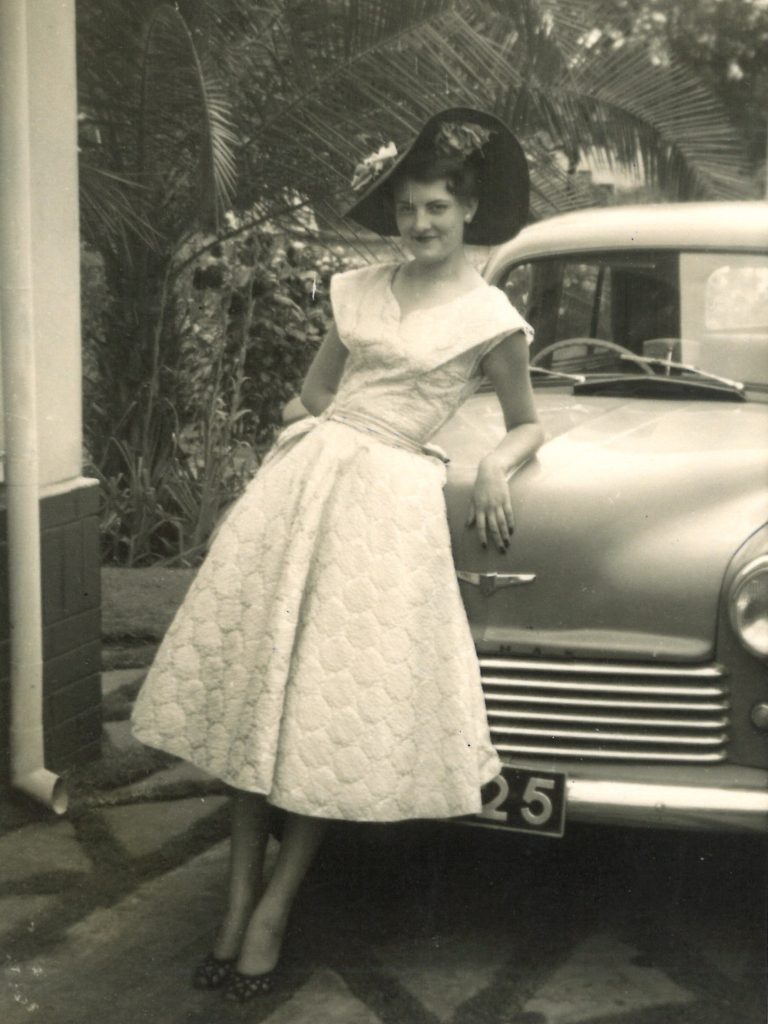 It was also at this time that he finally realized she was more than just a friend. “I did not ask her to marry me. I blurted out, ‘I love you and I want to marry you!’. She replied,  ‘I’ve been waiting for you to say that!’.  How unconventional and unromantic can you be!”  He gave her a ring the next day and they married six months later, on January 25th, 1958.  Marion was an expert seamstress and designed and made all her clothes. “She sewed thousands of mother of pearl beads on her wedding dress.” 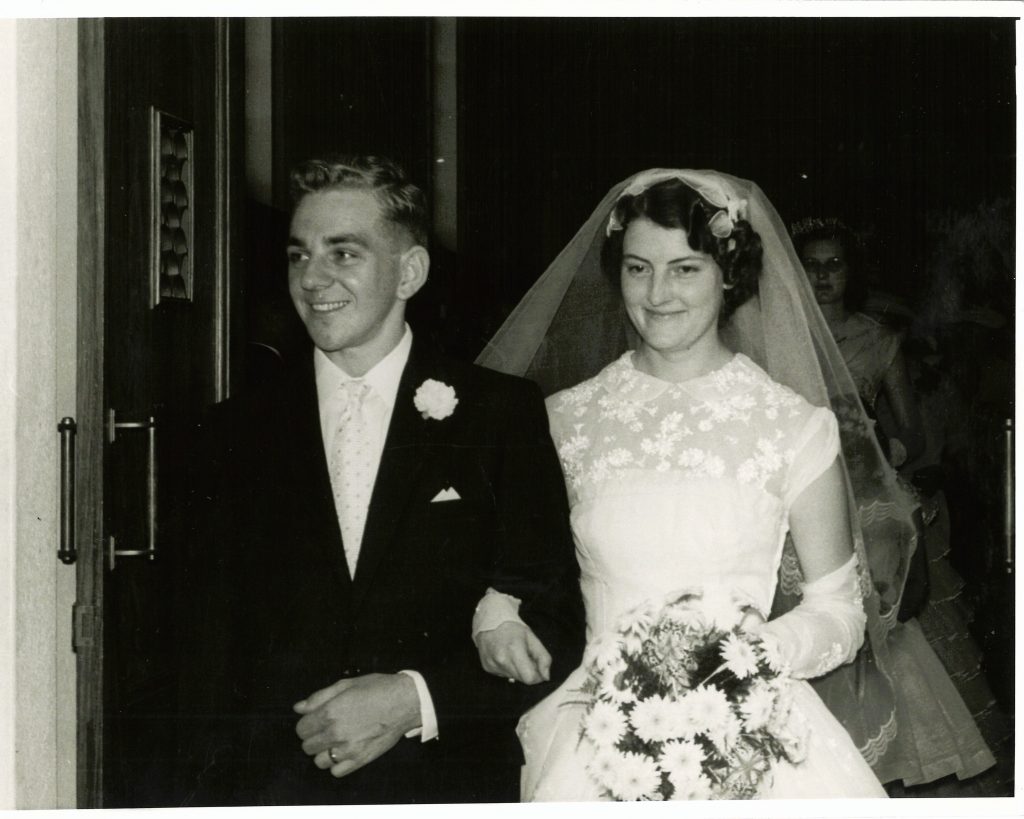 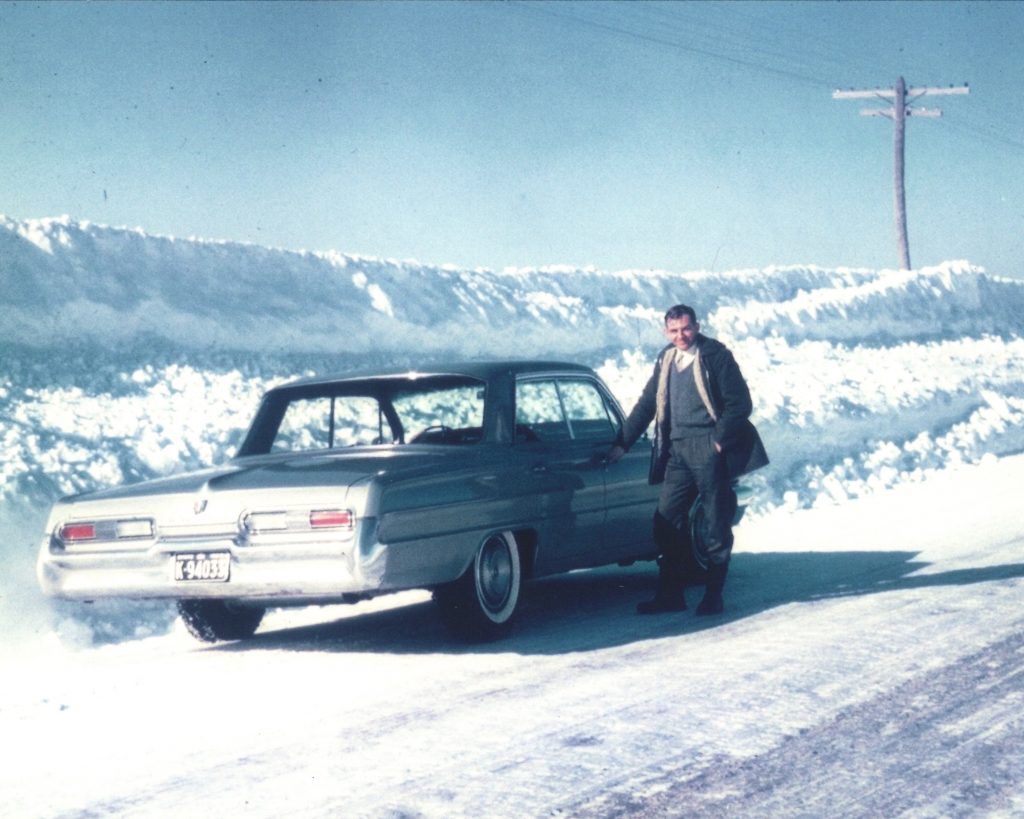 Koos has a great passion for travelling. He has been to over 40 different countries on four continents. He’s crossed the Atlantic Ocean more than 60 times and driven across Canada and the United States. When I asked Koos what his favourite thing was about travelling, he responded, “I go for the scenery. I don’t go for the life. You know people go to nightclubs and all this other stuff. That’s not me.” Koos is more interested in the beautiful landscapes and terrains of each place he has visited. One of his favourite travelling recommendations is Rio de Janeiro due to the gorgeous mountains, landscapes and the Christ the Redeemer statue.

Koos’ way of living was quite different from others. One can say he lived a nomadic way of life. Koos wouldn’t just travel the world, but every 2-3 years, his wife and him would save up enough money, sell everything, take a suitcase and go to the other side of the world to live! They started in Zimbabwe, went to England first, then Canada and then they were off again! The married couple did this six times before settling in Canada for good in 1967 and that’s when Koos joined the Pentecostal Assemblies of Canada International Head Office alongside his wife. Both worked in the printing department known as Testimony Press.

Koos always had close connections to Shepherd Village since 1963, so it was only natural that he would retire here with his wife. He bought a space before the Garden’s opened on February 1st, 1999. “When we moved in here, initially, there were a hundred seventy-two residents. Of those hundred seventy-two, three are still here. Myself and two other men.” 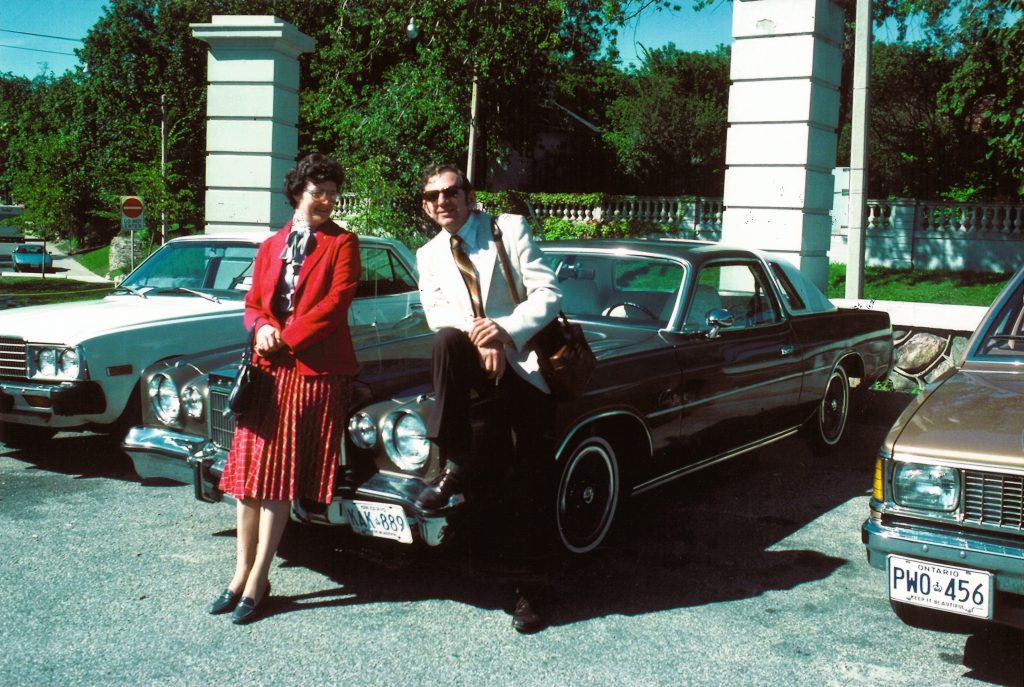 Sadly, Koos’ wife passed away in 2005, battling breast cancer on and off, but with a smile, Koos is grateful for their time together and the beautiful memories they made. Jacobus and his wife were together for 53 years. He admitted that they never had a single fight in all of those years. Their close relationship was most likely a result of their caring nature as Christians and their devotion to keeping an honest and equal way of life. There was never a moment of doubt in their hearts regarding their relationship, resulting in complete trust in each other’s actions and decisions. As Koos described, “We were, the expression today is ‘joined at the hip’” as everything between them was done conjointly, resulting in their successful relationship throughout the years.

A beautiful value Koos shared during his interview is always being honest and open. “You know, you can’t change things much, you can only be yourself and you can only accept things as they are and if they’re able to be changed for the better, do so.” Living with complete honesty and openness has aided Koos throughout his life and has led to his significant contributions here at Shepherd Village. 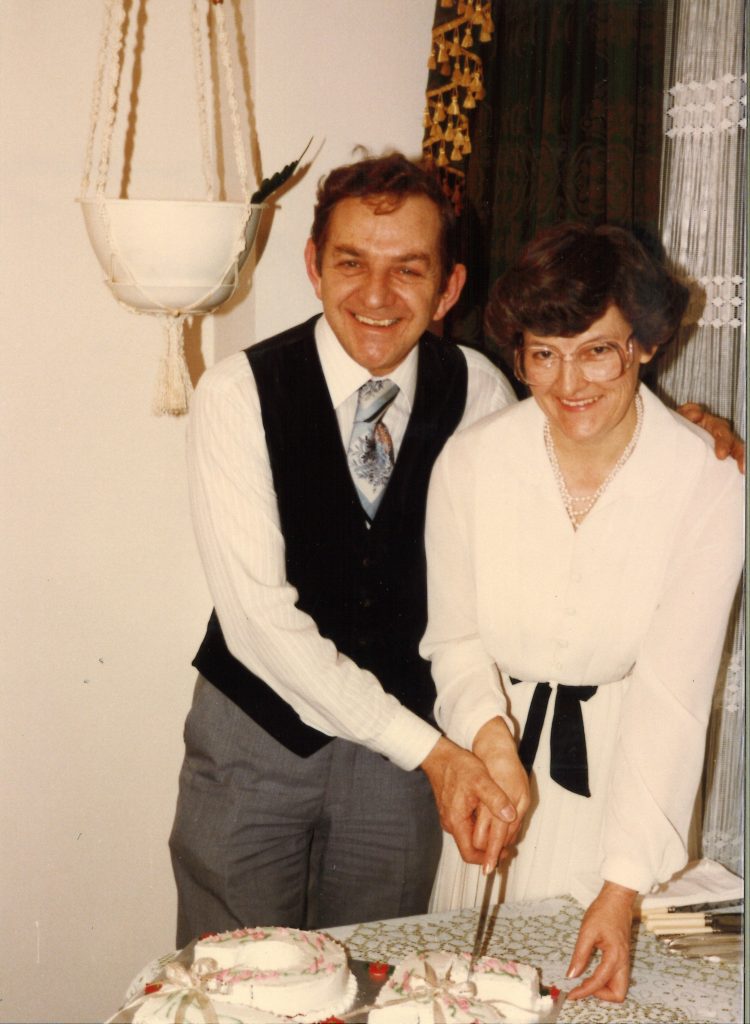