Martha Bailkowski – Story In A Nutshell 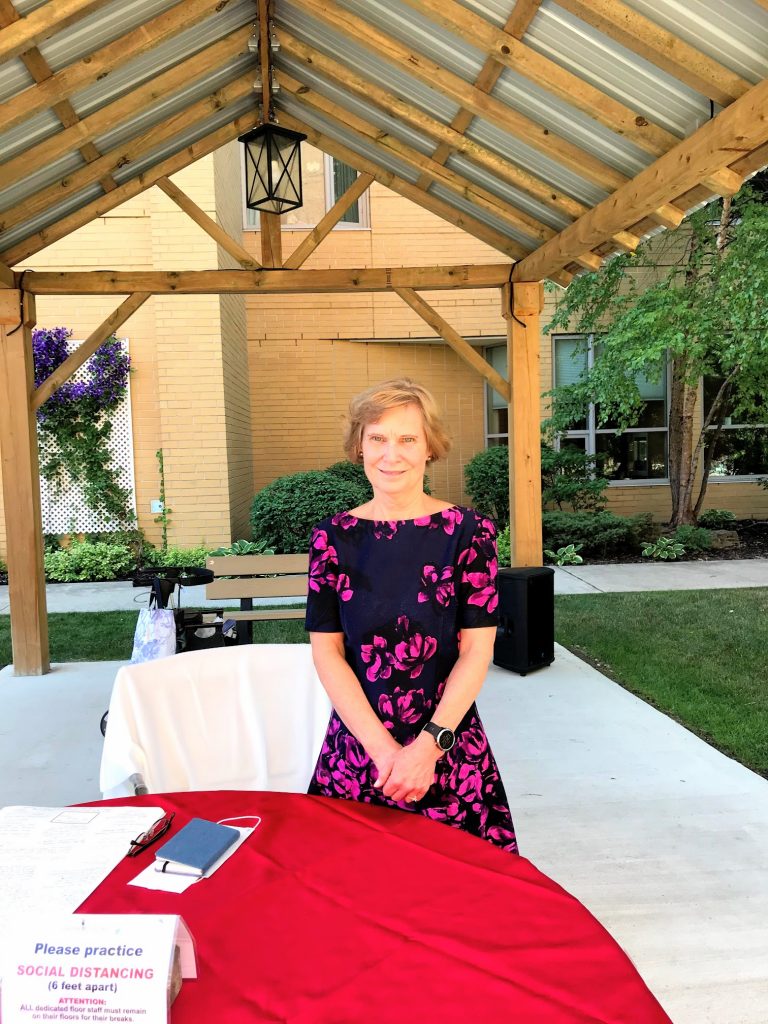 This summer we said farewell to Martha Bailkowski, our lead pharmacist here at Shepherd Village’s Community pharmacy,. Martha has been with us for what she describes as a fulfilling 9 years.

Martha had always known that her passion lied in working for a small community pharmacy because that is where she says deep bonds are formed and nourished. She also adds that her time at Shepherd Village was a lovely way to finish off her career since that is exactly what she was able to do over the years.

Graduated from the University Of Toronto in 1978, she sought out the perfect place to expand her career knowledge as well as foster her personal growth, and that is when she found Summit Pharmacy or what later became Remedy’s Rx. After joining the team at Summit, members in management began to disperse onto different ventures and there arose talk of the company closing down for good. The idea was floated to partner with long term care facilities in need of support and that is where Martha found herself at the forefront of the decision making. Summit Pharmacy contracted to work with Shepherd Village in 2011. She says “I loved my professional life… my ultimate goal was to get to know the residents and to set the tone of always being THERE, always being able to say I can help you with that, to walk beside you on your healthcare journey. I am by no means perfect but I think I did my best”.

Martha says that Shepherd village is an amazing place to work. When asked what she enjoyed most from her experience, she tells us that it was undoubtedly getting to know the people, getting into the lives of the residents. “For instance I grew to learn that Pat Bailey, loves salt water taffies, I would personally make sure to order some just for her and even sneak a few into her pockets whenever I’d see her in the halls”. Martha also mentions that it was a true pleasure working with her team and watching them grow. Specifically Chen Chen who Martha tells us she watched grow from little Chen who would volunteer at the convenient store on the weekends during her high school years to taking up an interest in pharmaceuticals and continuing her education in the field. Martha and Chen have worked side by side for the past 3 years along with their other devoted colleagues. “It was fun to watch her grow” up.When asked about the difficulties that may have been faced over the years Martha takes us back to the early beginnings when she was about to lose her staff. Remedy’s Rx wanted to cut staff due to the store being extremely quiet so she decided to put together a binder loaded with facts and other useful information that would perfectly justify the need to keep them. “When you believe in something you have to stand up for yourself because no one else is going to” she tells us “My goal was to build up the business, I really prepared for that meeting”. She took the information to a local Starbucks where she met with her superior to tell of her plans for the business. Fortunately her boss saw her vision and granted the extra help.

Today Martha spends her newly retired days tending to her garden, putting more attention into her physical health by returning to running which she tells us she truly enjoys, and watching television shows that she never seemed to have the time for prior to her retirement. She also says that there is something to do every day and is happy to have the time to look after her grandson on Wednesdays. Her farewell was celebrated by staff members as well as residents who did lovely presentations. She says that Covid 19 affected her goodbye by prohibiting her from saying meaningful goodbyes with dinners and hugs. She remarks that virtual hugs are just not quite the same but overall everything went fabulously well. To the pharmacist who will be taking her place she tells, “take time to get to know how great and very capable your team is.” On behalf of the team at Shepherd Village, thank you for your years of service and we wish you a happy retirement!