Peter Warkentin – Story In A Nutshell 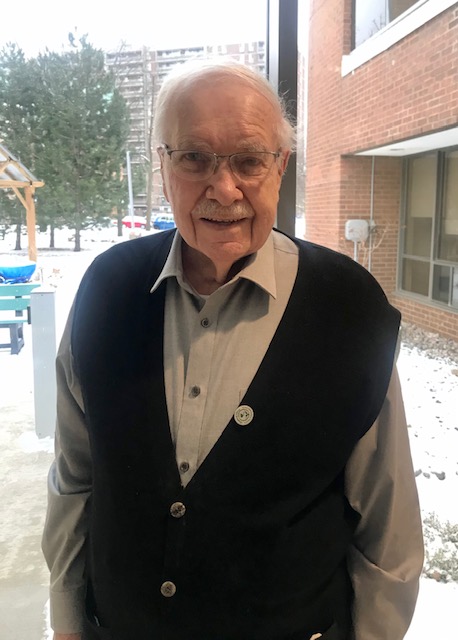 Just before Remembrance Day this year, I had the pleasure of interviewing Flight Lieutenant Peter Warkentin about his experiences serving in the Air Force.  He served for the last two years of the Second World War, and then for thirty years during peace time.

Young Peter had been eager to enlist – his three older brothers were already serving in the Air Force, and he was looking for adventure that was not to be found in Portage la Prairie in Manitoba!  Without parental permission you had to be 18 to enlist, but his father adamantly refused to sign the paper to allow his 17 ½-year-old to join the forces.  So without a word to his parents, on the morning of his 18th birthday, Peter took the 50 mile train trip by himself to the recruiting centre in Winnipeg.  When he was asked that evening at supper, “What did you do today?” it was it was not surprising that the announcement of the new “airman second class”‘ was met with… stony silence!

Nine days later, Peter began his training as an airframe mechanic.  He learned the basics of aircraft construction and the principles of flight in Winnipeg, and continued his training in St. Thomas, Ontario where he began to learn about aircraft repair and maintenance.  He then was transferred to Jericho Beach, B.C. where he did vital work on the communications equipment on the planes that patrolled the coastline from Washington State to Alaska.  He recalls climbing up to install IFF (Identification Friend or Foe) antennae on the very tip of the tails of the planes to enable them to detect any attack from Japanese forces.

Peter, not quite 20 years old, married Evelyn, who was also serving in the Air Force, in March 1945.  Five months later, the war ended but within a few months Peter was invited back into the Air Force, as NATO pilots were now being trained and flying bases needed to re-open. Within a month, they travelled to Centralia, ON and he began a long and satisfying career in the Air Force.

Throughout his career, Peter recalls, “I didn’t put my Christian ideals to one side”.  He was committed to discipline, loyalty and to telling the truth “even when it hurts”. He suspects that his refusal to participate in the Friday drinking parties on the base caused some in authority to view him as “unsociable”, and that this slowed his promotion through the ranks.  However, he was often granted positions of leadership and authority far above his rank, and his colleagues consistently described his leadership as “strict but fair”. 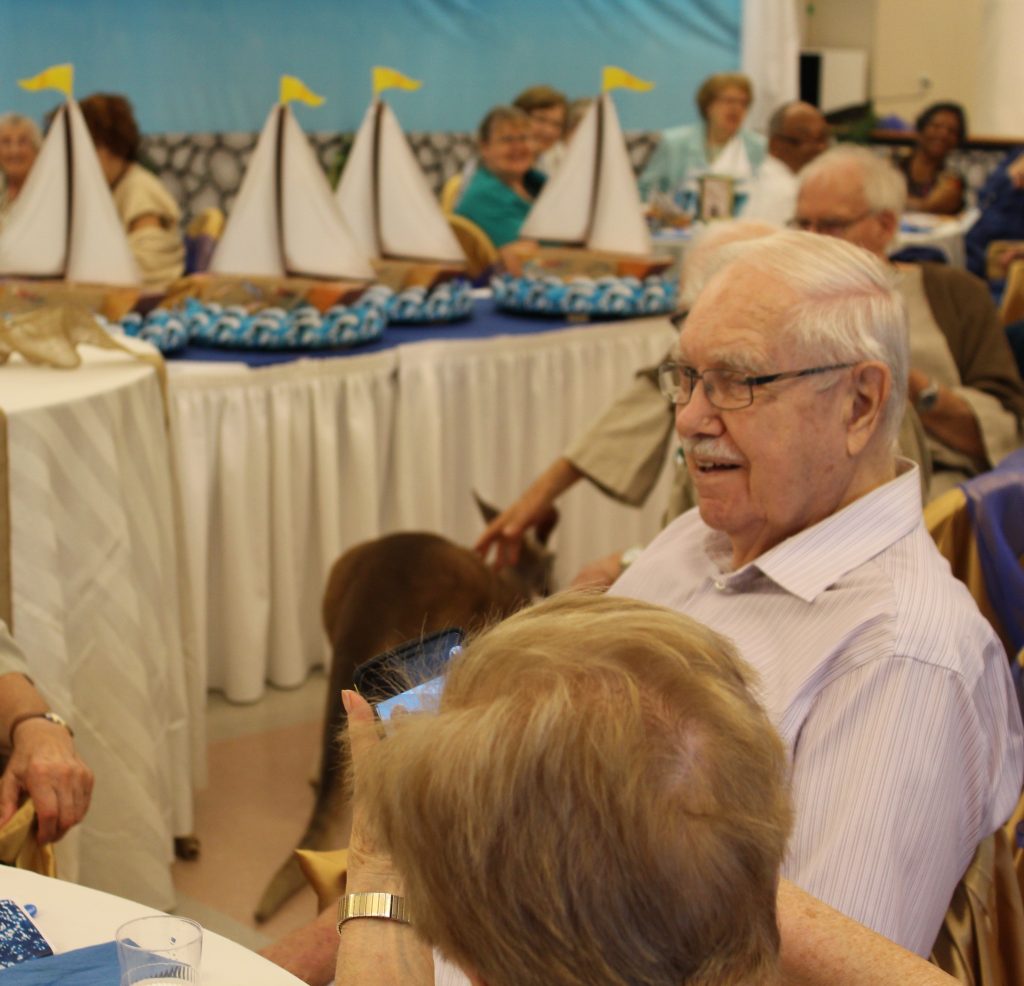 When it came time for retirement in 1975, Peter had attained the rank of Flight Lieutenant, but was offered five more years of service, which would have meant considerably more in salary and pension.  He turned this down, however, to serve in missionary work in Kenya, alongside Lillian and Bill Cornelius who became their close friends.  Both Lillian and Peter later suffered the loss of their first spouse, and they see the Lord’s guiding hand in Peter’s Kenya decision – they have now been very happily married since 2007, and are valued residents here at Shepherd Manor!